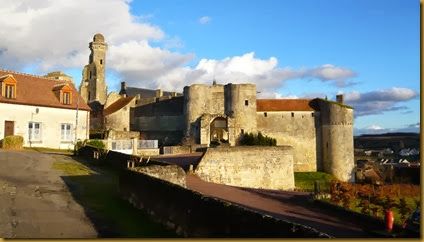 The château looking at its best in the late December sunshine.

With only just over a week to go before the end of January, I am delighted and relieved to report that so far this winter we have had no snow here in Derbyshire. 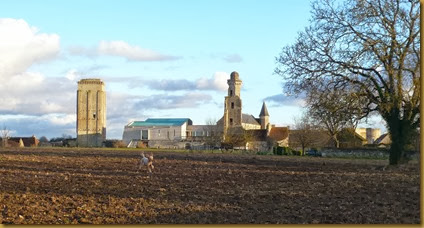 Lulu enjoys a run in the field behind the château in late December.

A sprinkling or two of snow is forecast for this week, but nothing much. A few centimetres will not cause too much havoc, it takes at least six inches to do that. 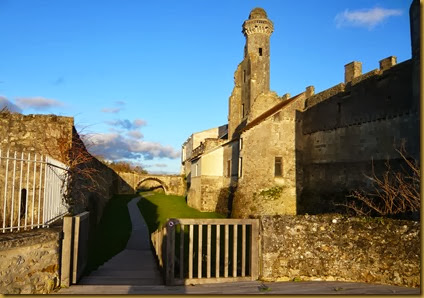 The wooden walkway around the back of the château is now completed.

We do however have to go to a funeral. My aunt died on 5th January and her funeral is on Thursday. She was my mother's sister and they were very close. I was very fond of her. 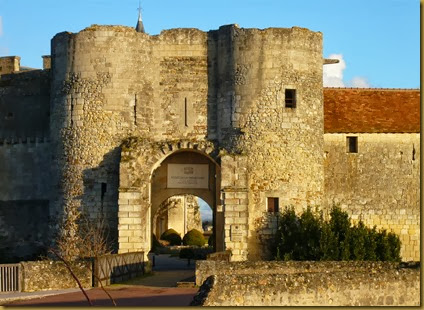 The château was open for visitors as usual during our stay.

It takes a funeral to polarise thoughts sometimes and now more than ever we both feel it's time to make a move, to get on with the next chapter of our lives while we still have the energy.  We think it's time to make our main home in France. 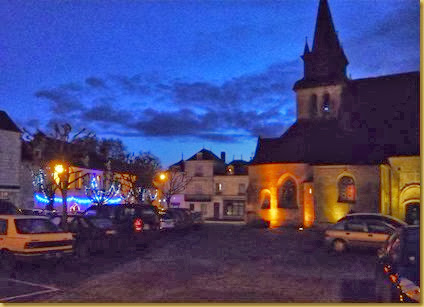 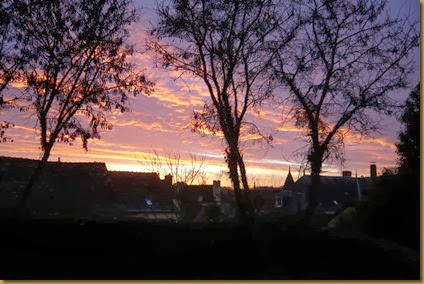 Sunset over the rooftops seen from our little garden.

We will be downsizing in the UK and upsizing in France. Selling our house in Derbyshire will be a huge wrench as it's a nice house in a nice area and we love it. But we'll be swapping it for something small and easy to maintain, keeping a foothold in the UK, so that we can come back and visit our families and, most importantly, be there for my dad when he needs us.

Finding a larger house in France will be quite an adventure and we're looking forward to it. We'll be aiming for somewhere where we can spread out and relax for a few years. Or maybe longer, who knows.