One dreary afternoon in January we put the TV on and watched the first episode of James Martin’s newest series, called “James Martin’s French Adventure”.  We were in the UK, Nick was still recovering from his heart attack, we were both feeling slightly bruised and the weather was grim. 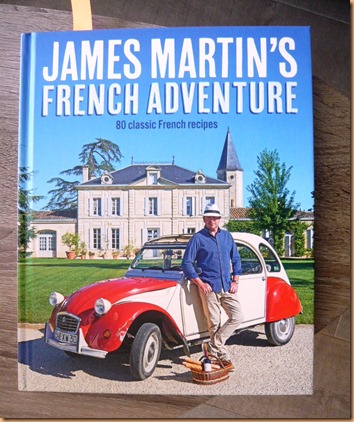 I like James Martin, he has less of the pretentiousness of some other TV chefs, possibly due to being a Yorkshire lad, doesn’t mince his words or suffer fools and yet is passionate and particular about his cooking.  He does it right but not in such a way as us ordinary mortals couldn’t have a bash at it ourselves.

The first episode was filmed in St Emilion, where he apparently started his cooking career when only a teenager and barely tall enough to reach the worktops.  We enjoyed the programme so much that we booked a gite in St Emilion for a week and here we are.  I also bought the book from the series, which is delightful not just for having all the recipes but lots of photos of his trip around France which are gorgeous.

An interesting fact is that James is now the very proud owner of Keith Floyd’s old Citroen 2CV.  You can see it on the front cover of the book, with original dents, and his joy at owning it was positively tangible. 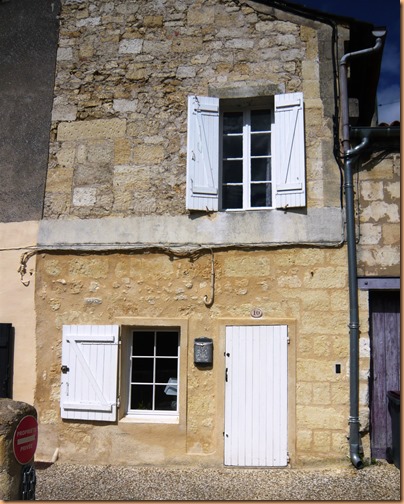 This is our gite.  It’s in the middle of the town, is a one up, one down little house without any outdoor space or parking but it serves our purpose very well. 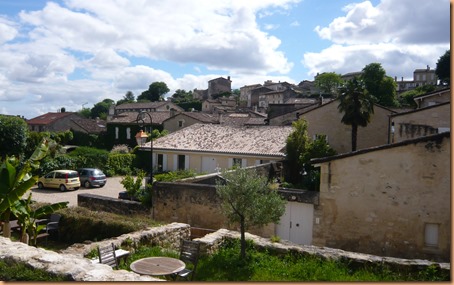 The view from the house is lovely.  St Emilion is without doubt a very pretty and fascinating old town. 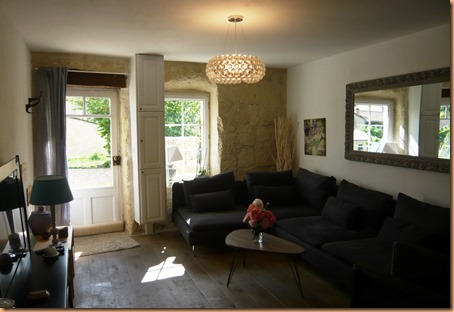 The gite is small but comfortable for two people.  It’s a beautifully renovated ancient town house and as far as we can tell it’s a kind of back-to-back with the house joining on behind being several floors up on the next street.  Maybe ours is built into the rock, it’s hard to tell. 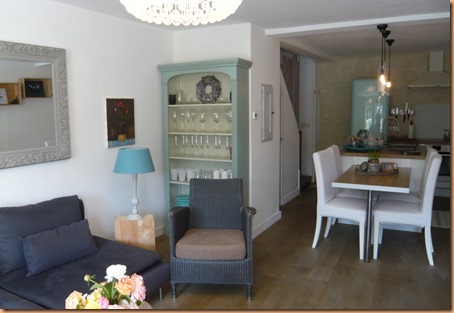 It is very tastefully decorated in a modern yet shabby chic kind of way.  As we get to know it we realise that it’s a little bit “style over substance” and as always we have found ourselves heading to the supermarket (in Libourne) for things we simply can’t manage without for a week.  Like a chopping board and a washing up bowl.  We also bought some small wine glasses.  There are plenty of wine glasses here but they are all huge.  I suspect that previous visitors have been more interested in eating out and tasting wine than cooking their dinner.  The oven looks like it has never been used.  There are no oven gloves.  We fancied boiled eggs for our dinner tonight but there are no egg cups.  Poached will have to do instead. 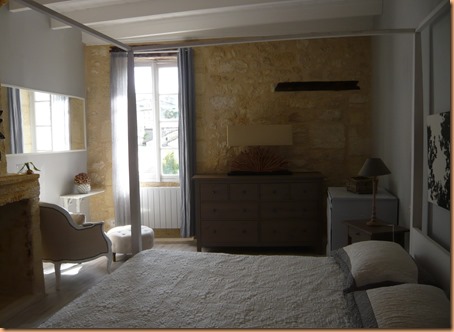 The bedroom is light and airy and also very cool as the house only gets some sunshine from late afternoon.  The bed is very comfy. 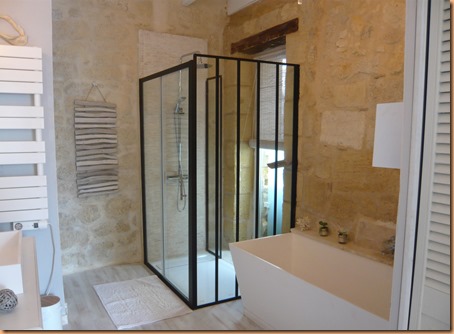 The bathroom is part of the bedroom, something we are used to from our own ensuite bathroom chez nous.  The difference here is that the loo does at least have a door on it, thank goodness. 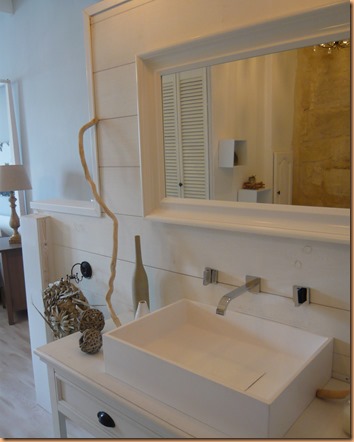 There is no soap dish, but plenty of hot water. 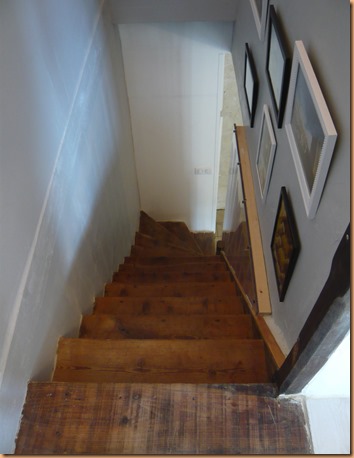 The staircase is not for the faint hearted.  Very steep and narrow with no handrail.  We’re getting used to it.

more of the same Gites, Holidays