NOW WHERE WAS I? OH YES, ST EMILION.

It’s time I rounded off my St Emilion series of posts.  After all, it was nearly three months ago that we were there.  I’ll finish up by doing one post that should really be three – the food, the wine and the surrounding area. 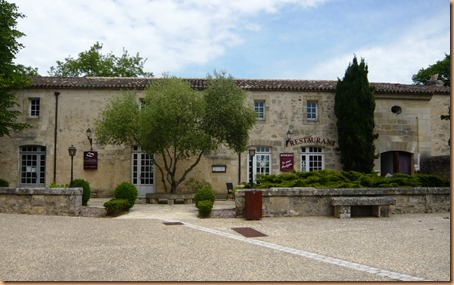 On our way to St Emilion we passed through a village called Montagne and spotted this restaurant, which was open on Mondays.  By Monday morning, having been in St Emilion for just 36 hours, we had come to the conclusion that restaurants in the town were charging tourist prices. 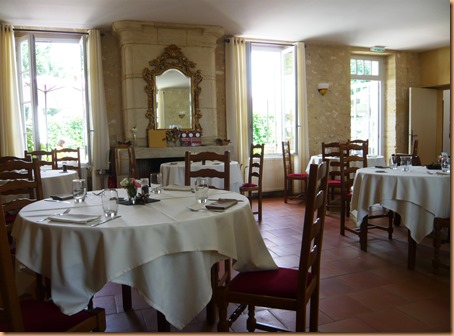 So on the Monday lunchtime we went out of town and back to the village of Montagne to try lunch in the Priory restaurant there instead.  We were not disappointed. 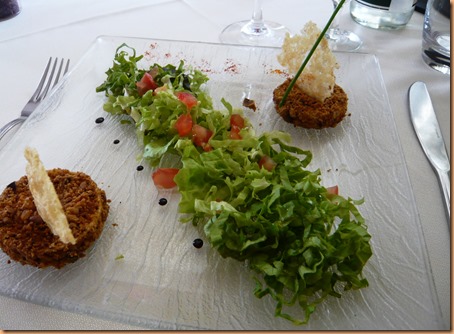 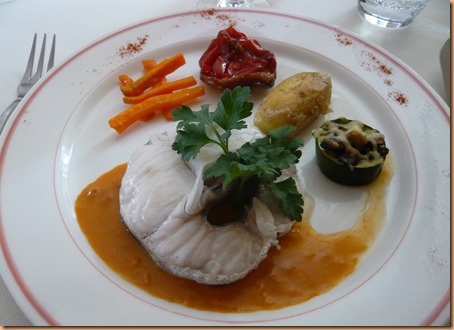 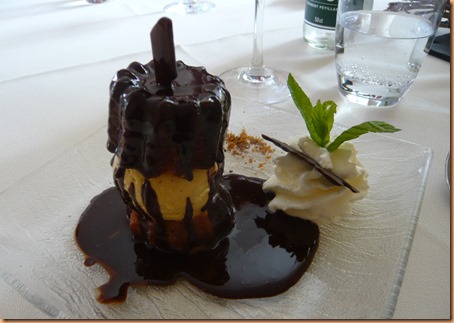 For less than we had paid for the mediocre meal in town, we had an excellent lunch.  We also treated ourselves to a half bottle of the local wine. 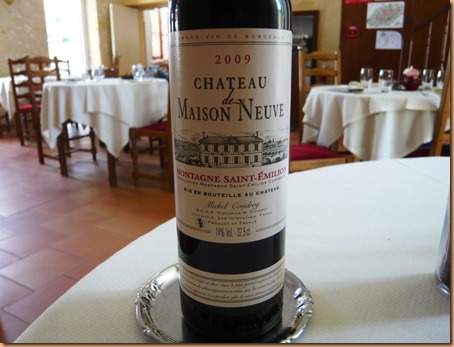 We enjoyed it so much that after lunch we went in search of the vineyard, which was just up the road.  We like to do this – taste the wine in a restaurant and go find where they get it from.  It’s fun.

In fact, we visited several wineries that afternoon and bought some wine. 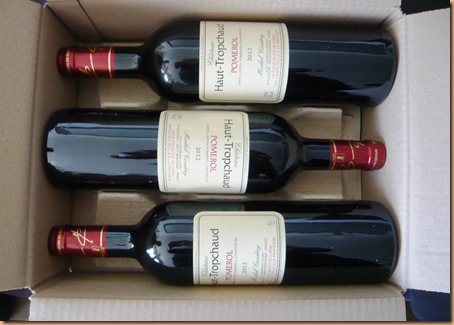 The most expensive one we tasted and bought was this one, paying rather more than we usually pay for a bottle of wine, but we’re sure it is worth it.  We have seen the exact same wine for sale in the shops in St Emilion for nearly three times what we paid for it at the vineyard.  This particular wine is made from grapes grown in a small vineyard which is surrounded by other very famous vineyards such as Petrus.

We declined the wine that was said to be good if kept for twenty years.  We told the lady in the tasting room that at our age putting wine aside for twenty, or even ten years, could be a waste of good wine – who knows whether we will be in a condition to enjoy it as much in our eighties as we do now?  She was highly amused. 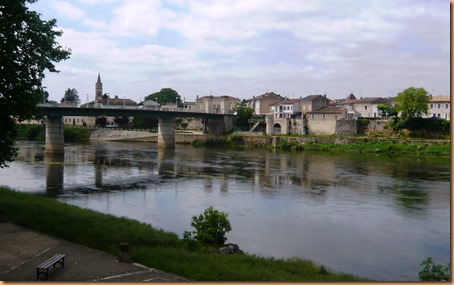 So, having been rather disappointed with the food in St Emilion and the price of the wine, how did we find the surrounding area?  Well, on several days we went for a ride out to explore and returned each time feeling very sad.  High on the hill above the Dordogne you have the pretty tourist town of St Emilion, where the food and wine is pricey and the well heeled tourists are fleeced good and proper.  Not very far away we came across several towns where the streets are full of decaying and deserted buildings, closed shops and businesses and all the signs of decline.  It looked like nobody much was making a good living in these towns nowadays, although they were surrounded by obviously thriving vineyards.

In Sainte-Foy la Grande, the evidence was there that this had once been a bustling, thriving town with a quayside along the bank of the Dordogne where goods would be loaded for transport on the river, and tourists would be unloaded for a stay in its fancy hotels and guest houses.  There was nothing very grand about the place now. 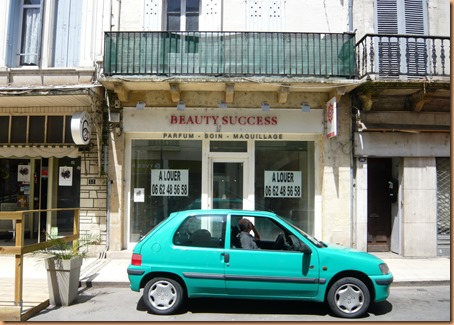 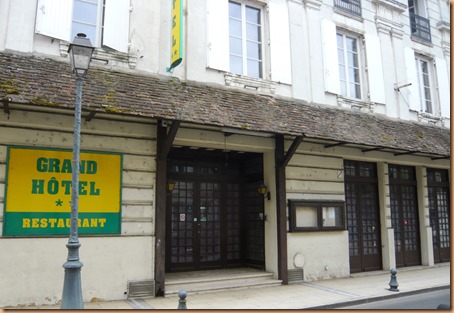 For me it seemed tragic that right in the middle of a wine producing area where world famous wines are made and sold for very high prices, the little towns look like they are dying. 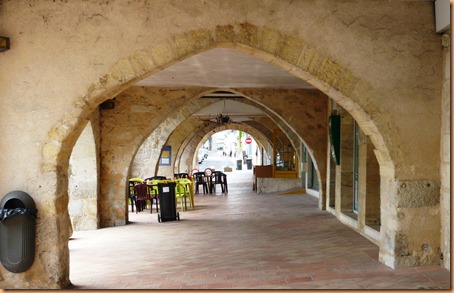 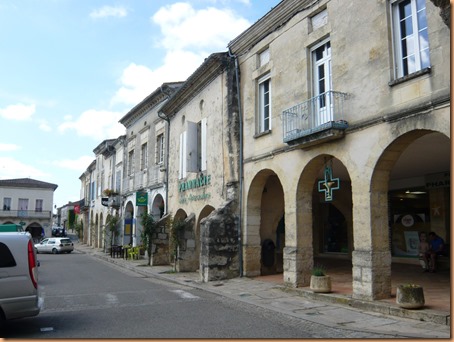 There were lovely old buildings, full of character and history, but now housing cheap cafés and cut price hairdressers. 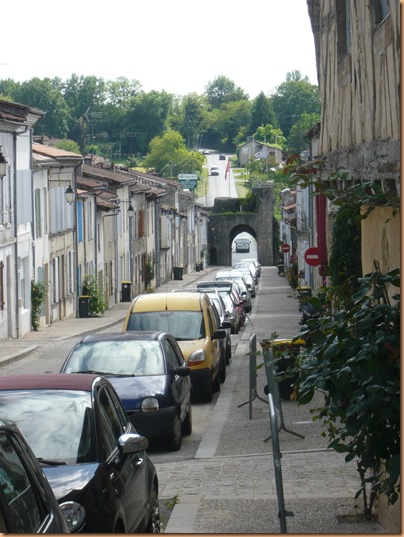 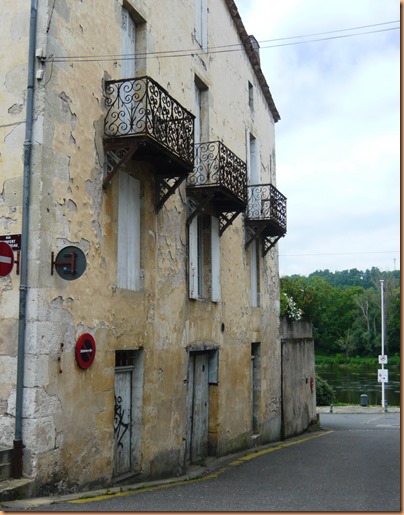 In fact some of these places were so down at heel that I found them slightly unsettling, and I was glad to get back to St Emilion each evening, where there were crowds of cheerful, well dressed people, spending their money and having fun. 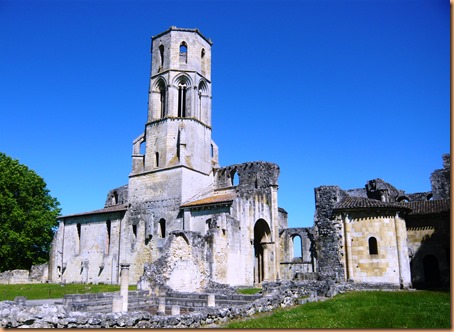 Of course, not all of the surrounding towns are depressing.  We stumbled across this magnificent abbey at a town called La Sauve one teatime, just as it was closing, so went back the next day for a proper look. 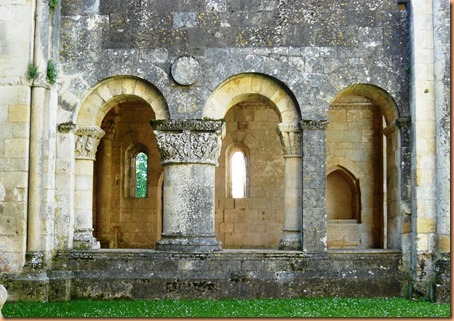 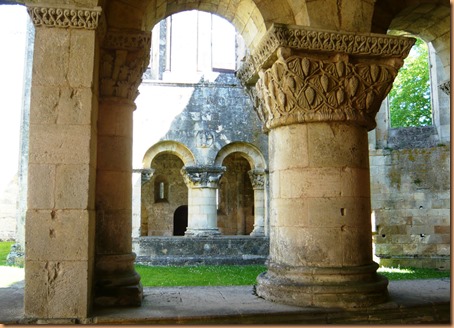 It was a photographer’s paradise, full of pillars, angles and shadows and we had a very happy morning with it almost completely to ourselves. 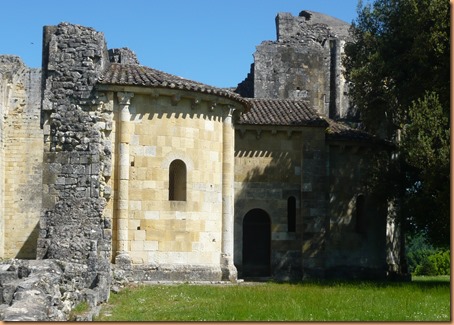 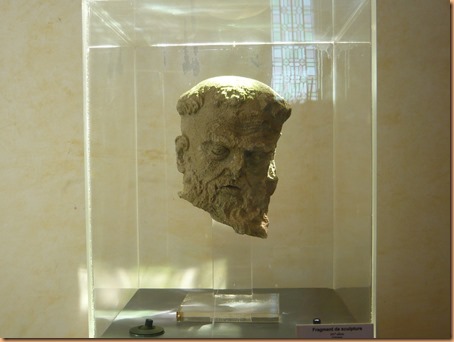 It was well worth making the effort to go back.  On our return to St Emilion for the evening we called at one of the bars for a drink and I ordered an apéritif that I had never heard of before, called Cadillac.  It’s a slightly sweet strong wine which you drink in smallish glasses and comes from the nearby town of Cadillac. 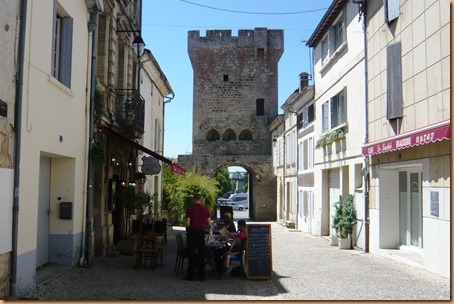 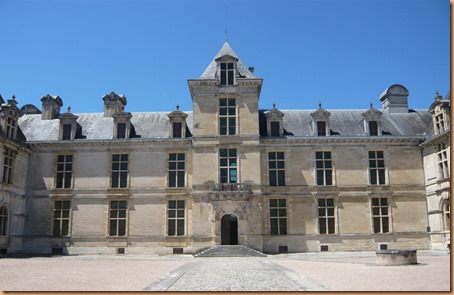 And so the next day we headed off to Cadillac to find out more.  Not only did we find the wine shop selling dozens of different bottles of the wine, but also discovered that there is a rather interesting château. 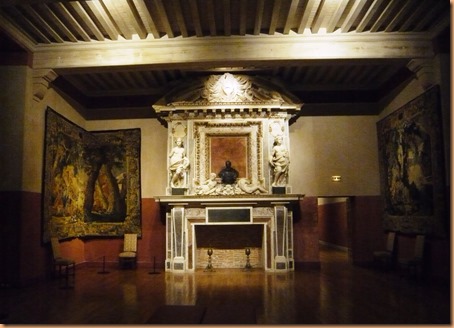 In several of its very grand rooms (seven of them I think), there were magnificently restored fireplaces, which reminded me of similar fireplaces at Bolsover Castle in Derbyshire. 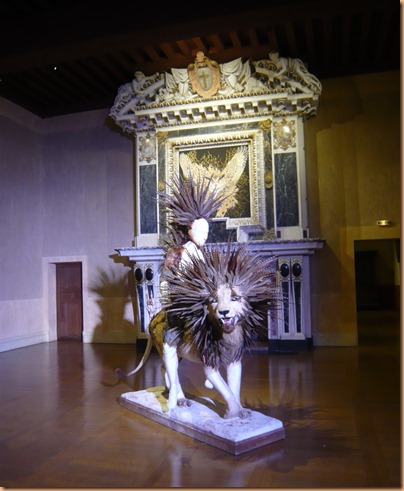 It also had, in one of the halls, some rather fantastic beaded sculptures of mystical creatures, beautifully done and, if I dare say, very French. 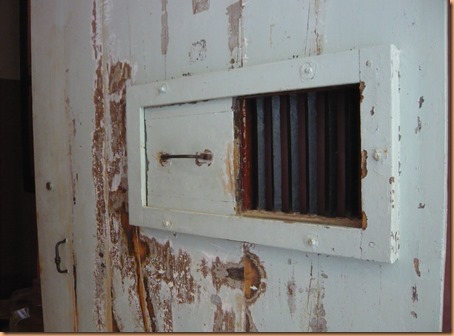 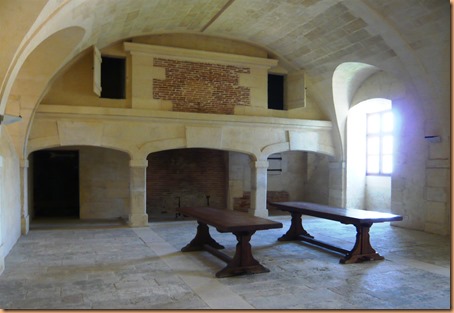 At one point in its long and chequered history the château was used as a women’s prison and has prison doors on some of its rooms to prove it.  There were displays of photos taken during its prison period showing that conditions were obviously very harsh, in sharp contrast to the former grandeur of the château itself.

So there we are, the end of my St Emilion series, a bit rushed and not before time.  I could go on and on but other stuff has been happening and there’s a lot to catch up on.  Soon…….

Would we go back to St Emilion?  Maybe.  It was a beautiful town, and sometimes it’s fun to be immersed in the hustle and bustle of tourist life, just for a while.  (If only to remind us how lucky we are to live in such a peaceful, quiet part of France.)  We would however definitely go back and explore more of the general area, for the photo opportunities if nothing else.  All in all we had a great time.