We have been busy, busy since we arrived chez nous.  A good amount of cleaning, tidying, gardening and generally trying to get the house into a state that we are happy to live with.  Which doesn't mean Ideal Home perfection but a level of lived-in comfort without the grit and grime. 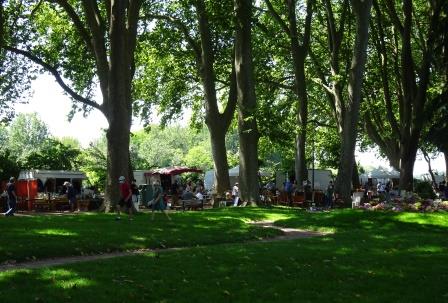 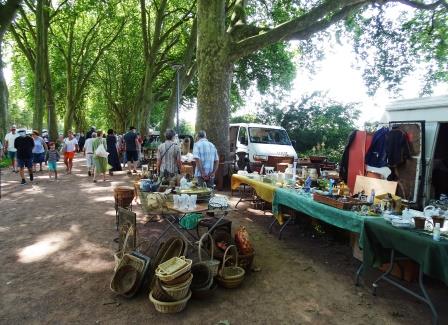 The monthly dealer's brocante at Chinon.

We have also been out and about a bit, dining out with friends or just ourselves, shopping and - joy of joys - to a couple of brocantes.  Never in a million years, had you asked me twenty years ago, would I have cited going to a flea market as a highlight of my life!  It is of course much more than that.  A sign that some things are getting back to normal, that here in France at least we can enjoy normal everyday pursuits almost as if we were BC (before covid) but in a safe and sensible way.  Almost everyone was wearing a mask.  Goodness only knows how the situation will pan out in the UK now that the looney incumbent of No.10 has thrown caution to the wind, and divided the nation even more than ever before. 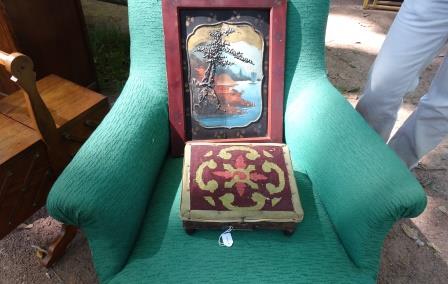 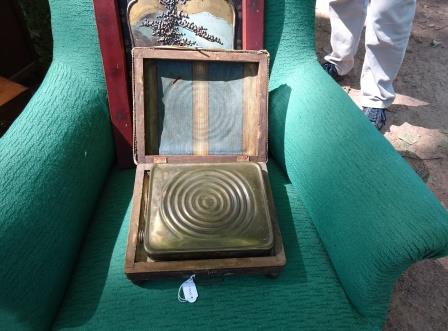 An antique foot warming stool.  We didn't buy it! 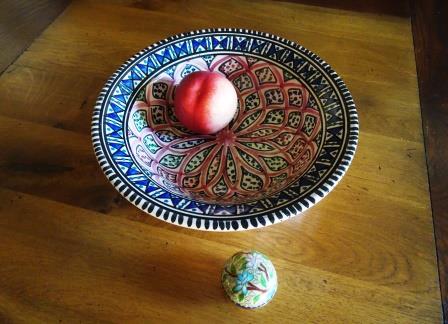 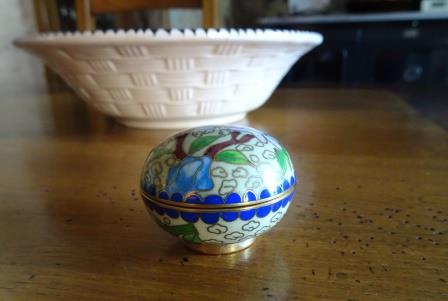 A nice bowl and a trinket box that I did buy. 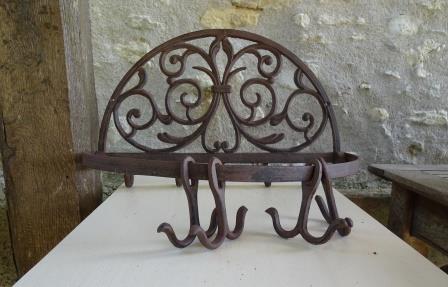 This rusty old thing is bound to come in handy somewhere. 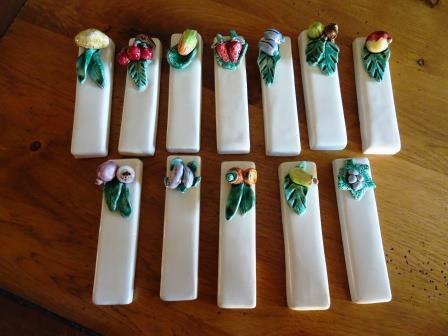 These knife rests were too cute to resist.  For me anyway!

The other thing that has been preoccupying us is getting Hugo his French passport.  What a nightmare that turned out to be.

We started using our current French vet practice about three years ago.  Apart from one time when he forgot to sign one entry in Hugo's passport we have been happy with the service.  On that occasion the person on Pet Check-in at Eurotunnel was feeling generous and decided to let us go through, although not without a certain amount of paperwork, head shaking, finger wagging and a stern warning not to let it happen again.  We were lucky that day.  So many times we have witnessed distraught travellers being denied boarding because of a similar error on the part of their vet.  One time we saw a young couple with two toddlers and two dogs, on their way from Germany to the UK for her father's funeral, being told they could not be allowed on the train because their vet had omitted to stamp one entry on one of the pet passports.  She was in tears, realising she would miss the funeral, and her husband even suggested abandoning the dog outside the port to fend for itself as a solution.  Awful.  I would like to think they found a convenient kenneling service in Calais for it but I don't like to dwell on it too much. 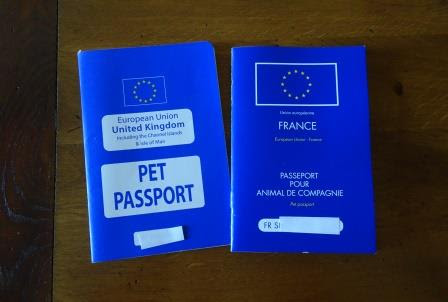 Having had a bit of a scare when it seems that France was nearly put on the UK's red list for travel last week, we decided that in order to be ready to make a rapid departure at short notice we should get the new passport sorted sooner rather than later.  The prospect of having to self isolate in a hotel room for ten days at huge expense was a non-starter.  At £1,700 each plus, presumably, the cost of boarding the pets who knows where, we had to avoid it without question.  We would have to be able to pack and leave quickly, taking any crossing we could get, and somehow getting a passport check for Hugo and our own Covid tests before we set off.

Anyway, we made our appointment with the vet and sensed early on that things were not going to go well.  He struggled with entering information on the I-Cad website, correctly and had to start all over again.  That part of the process completed, he then had to copy the details from the old passport into a brand new one and gave a shrug when he carelessly stamped two of the three entries with his rubber stamp upside down.  He finally handed us the document and was some hours before I felt I had the courage to check if he'd done it right.  He hadn't.

His handwriting was almost illegible in places and there were three major errors on the document.  On the page where a plastic film was fixed over it to prevent tampering with the entries, Hugo's identity chip number was hard to decipher and one of the 8’s looked distinctly like an 0.  I could imagine having an argument at Pet Check-in every time over that.  The other two errors, including writing in  Hugo's date of birth incorrectly, were reasons that I knew people had been refused boarding and during the whole process he never once checked Hugo's identichip to see if he had the right dog in front of him.

We had no option but to take the passport back because this document would not get us back into the UK as it stood.  And of course the next day was the 14th July, a Bank Holiday, which gave us an extra day and two sleepless nights to worry about it.  Apart from any unpleasant confrontation there was a forty eight hour deadline to get documents and photocopies in the post to I-Cad, which meant by the next afternoon.

We all make mistakes at work.  What matters is how you deal with them.  If the vet had accepted the errors and suggested we start again, everyone could have been relaxed about it.  Instead he was as grumpy and ungracious as it was possible to be.  He argued the toss and attempted to alter all the mistakes, writing over the tamper proof film and, once he'd tampered with it, tried to fix a new film over the top.

Desperate to get this done right, I was trying to explain in French as best I could how people were refused boarding on trains and ferries for even the smallest errors of detail.  A passport that had obviously been altered and tampered with was never going to be acceptable.  Luckily his assistant came to our rescue, had a brief word with him, and he changed tack.  He fished another new passport out of the drawer, ripped the vaccine stickers out of the first one and started all over again. Having finally, and more legibly, completed the thing, he stamped it the right way up this time, handed it to us and gestured towards the door.  As we left he tossed the other one, containing all our and Hugo's details, in the bin.  I can't think how it could have gone any worse.

I felt very sorry for the little dog wearing a head cone and its mum waiting to see him after us, as he was definitely in a terrible mood.  We now have the precious passport, have scrutinised it over and over, and are looking for a new vet.