A BANK HOLIDAY DAY OUT 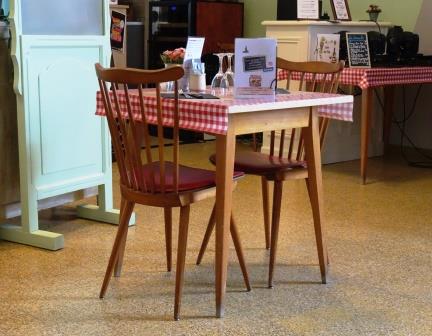 Yesterday was a bank holiday in France for Ascension Day.  There are several bank holidays in May and we tend to forget about them!
We thought we would have a day out doing a touristy thing and go to our favourite place, Chinon, for a mooch around and a spot of lunch.  We were a bit late setting off and part way there it suddenly dawned on me that it was a bank holiday and I thought that finding lunch might be a problem by the time we got there.
In the UK restaurants make sure they are open on bank holidays to catch the extra trade.  In France many of them close because it's a bank holiday!  Many of those that are open are booked up for family gatherings because.......it's a bank holiday.
We were pondering what we would do if we got there and found no place at the inn.  (This has happened to us several times before.)  Then, just as we got to the village of Lilette I remembered the little restaurant we have driven past so many times before, usually on the way to Chinon, saying we must stop and eat there one day.  So yesterday we did. 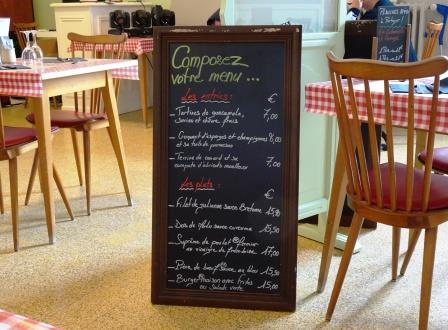 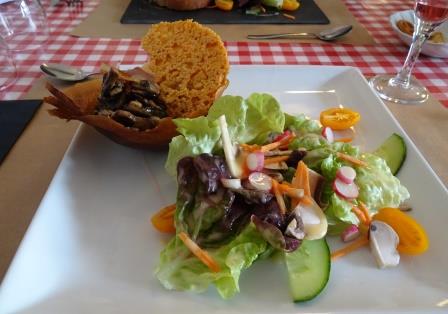 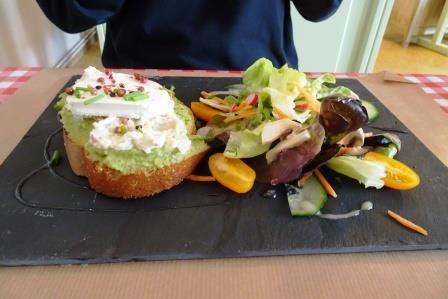 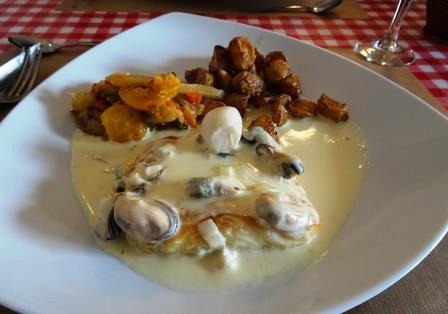 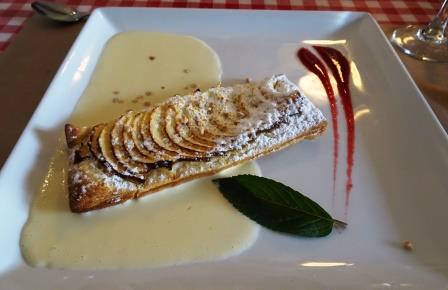 A fabulous dessert which was freshly made to order. 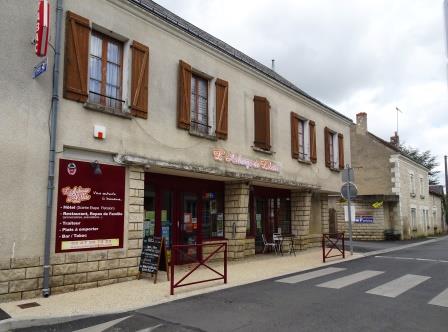 And here it is.  L'Auberge de Lilette.

We will definitely be going back. 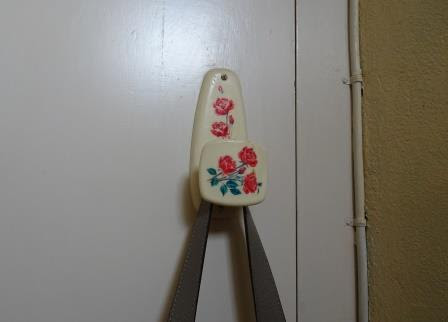 I had to chuckle when I went to the loo (bathroom).  The fresh decoration had obviously not got that far and although it was perfectly clean, had obviously not been "refreshed" for a long time, probably decades.

I do wonder what some foreign visitors think of the toilets in France when they come from countries where they are generally spacious and spotless.  Here they are often very much the opposite.  I have frequently been obliged to use toilets that are not nice at all out of sheer desperation.  Often quite swish restaurants can have really horrible toilets - even more disconcerting when you see that they are also used by the kitchen staff - eek!

I hasten to point out that even though they were old fashioned, the toilets in this auberge were clean and tidy!

One of the biggest mysteries of French toilets is why there is often no hook in the ladies toilet where you can hang your bag.  The toilet floor is not the place you really want to put your bag........

In this toilet there was a charming hook for the purpose, probably dating back to the 1960's.  I seem to remember seeing things like this for sale in Woolworth's when I was a child (in the days when every small town in the UK had a Woolworth's and it's where you would go for absolutely everything from sliced ham to shoe polish and bathroom fittings!).

Many of the establishments around us have had serious upgrades in their toilet (bathroom) facilities in recent years, I am happy to report.  However, yesterday, I had one of those "desperate" moments and had to use the public facilities when we finally got to Chinon.  They were truly nasty, smelly and awful and the first cubicle door I opened had one of those no seat, crouch down only jobs.  Aaarghhh.....luckily the one next door with an actual toilet was vacant!

And, predictably, many of the restaurants in Chinon were in fact closed for the bank holiday!