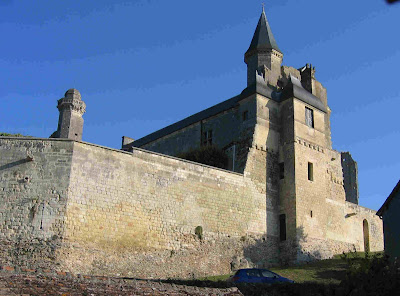 The chateau
Sitting outside the PreHisto bar in the sunshine, watching the Saturday evening "traffic" - of people, not cars, we had a long talk about the events of the day.
ANGEL NUMBER TWO - BARRIE
We quickly talked ourselves out of the renovated bungalow at Cussay. Beautiful as it was - and Nick REALLY liked the garage - it was too expensive. It would gobble up all of our budget and there would be no cash left over even for furniture, unless we were prepared to start borrowing extra money. 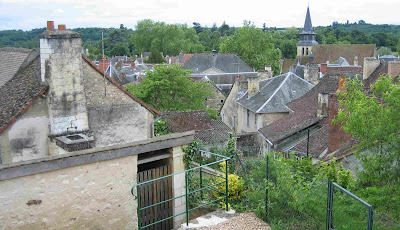 A rooftop view in Le Grand Pressigny
The pizza van was in the village square and whilst we were enjoying our second apero we were vaguely aware of a couple of about our age who visited the van then sat at the next table to us presumably to wait for their pizza to be cooked. They seemed like locals, exchanging handshakes and "bisous" with other passers-by. I thought I caught a snippet of English in a Yorkshire accent (him) and a Birmingham accent (her). They said "bonjour" to us and ordered their drinks. 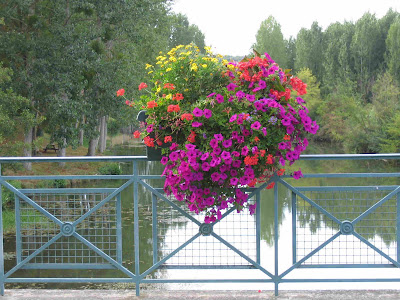 The bridge over the river in full bloom

As our discussion continued, I began to panic. Nick was back-pedalling so fast I could not keep up with him. We both liked the little cottage in the village but when we got talking about how we could go about having any building work done, such as the half of a roof it needed and the windows we would like to put in, things got complicated and began to sound expensive. He was worried that we might fall foul of "French builder syndrome" - problems with the language and not getting the job done properly.
This is what happened to several of the people we knew who had bought holiday homes in France.  all had resolved their problems in the end but Nick was at that point thinking worst possible scenario.
- 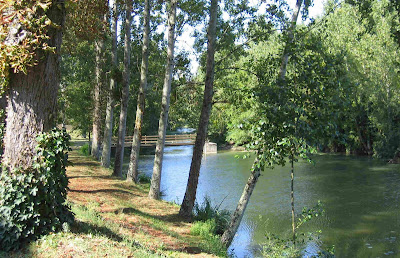 Down by the railway station

As fast as he was sinking in the quagmire of imagined building disasters, I was trying to keep him afloat by pointing out the good points. Nothing needed doing urgently - the house was quite habitable as it was and just needed tidying up. Going on our experience so far, this little cottage was just perfect for us, by far the best we had seen and in reality we were unlikely to find a house that didn't need any work doing at all in our price range. 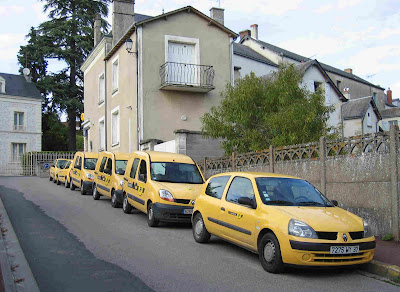 As we talked, I thought that the other couple might be listening to us - the way occasional looks were exchanged and the odd glance across to our table. I don't know how we actually got talking - something to do with asking the time and Nick's watch behaving strangely. After a few minutes' chatting, the man leaned over and said, "I don't normally do this but I heard a bit of what you said and I think you need my card". It said:

FAIRHEAD Barrie
Maitre d' Oeuvre
It took a only few seconds for the meaning of this to sink in. M. Fairhead was an architect and structural engineer from Sheffield who had retired to the village but since started working as an architect and project manager - for people exactly like us. 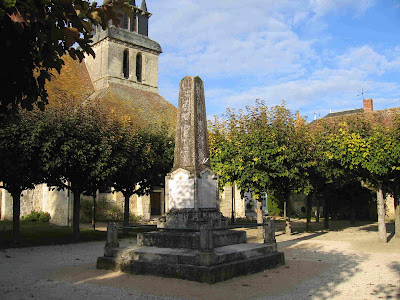 The war memorial in Place 11 Novembre

Now call it a luck, call it fate or anything else you like. I just think it's an incredible coincidence that Barrie and his wife Lucie turned up just at the moment we needed them. It is something for which I will be forever grateful, if somewhat mystified. Thank heavens for that pizza van. 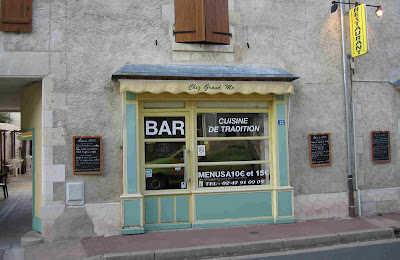 Our worries about organising any work suddenly melted away. Barrie and Lucie went off to their home in the village with their pizza and we went to the local restaurant to celebrate. We had invited them round to our gite for coffee in the morning and we were really looking forward to talking some more.