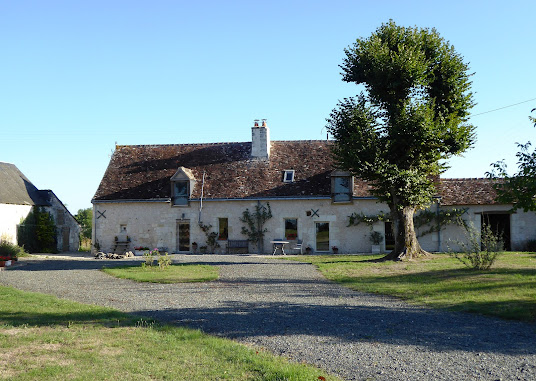 I was due to return to France on 10th September with my brother, Hugo and Daisy.  He was to be staying with me for ten days for a holiday while Nick remained in the UK.  As I have spent many more weeks in the UK than Nick this year we are significantly out of step in how many of our 180 days in France we have left this year.  He decided to remain in the UK to catch up with me a bit so we can both stay here until the end of October.  Life is so much more complicated since Brexit.
Sadly, my brother is still in intensive care in hospital so was unable to join me.  I ended up making the journey by myself, with the cat and dog for company.
When I booked the journey with my brother we opted for an overnight stay in Calais where I booked two rooms at the B&B hotel.  With only a few days to go before we were to make the trip I had a phone call from the hotel which I didn't quite understand.  This was followed up with an email telling me that the hotel had been "requistioned" for the night and one of the rooms, the one reserved in my brother's name, had been cancelled.  They offered instead the convenience of a room at another of their hotels several km away!  Not very convenient at all! 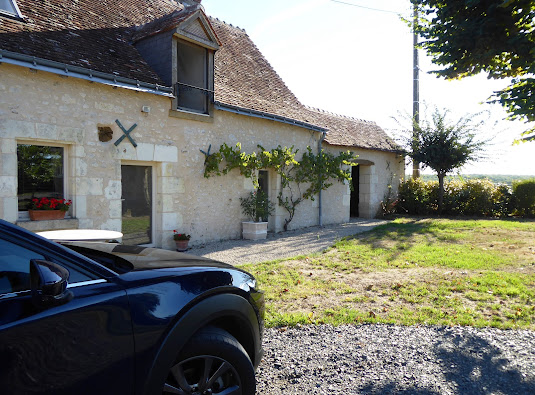 By then it was clear that his room was not needed anyway so I had a rethink and decided I would make the journey in our usual way - all in one go.  It would be hard work driving all the way here by myself but probably easier than managing the logistics of settling a cat and a dog into a hotel room on my own, where I would likely get very little sleep anyway.
To be honest, I was dreading it.  After the last two awful journeys involving huge delays at Eurotunnel I was expecting the worst.
I set off at 5am and the journey down to Folkestone was easy.  Early on a Sunday morning is definitely the way forward in the future if we are to continue doing this.  The journey down through France was even easier (it always is).  I managed the péages well, having to stop the car each time, get out and go round the front to take a ticket or pay the charge - apart from one, where a gallant motorcyclist, the first in the long queue forming behind me, came to my rescue.  The machine would not take any of my cards or even cash but as he approached the kiosk the barrier went up due to the telepéage card he carried in his jacket pocket.  I thanked him and sped off as fast as I could, not realising that (a) he had paid my fee (only a couple of euros) and (b) he then had to pay again for himself as he wouldn't have been able to use his telepéage card twice.  Oops !!
We arrived just before 8pm while it was still daylight.  My biggest worry had been that I might get very tired and nod off while driving but I somehow managed to avoid that and made good time. 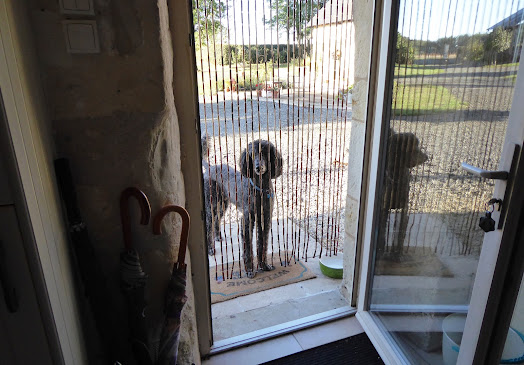 Hugo and Daisy were excellent travellers and good company.  They settled in within minutes and when the next morning dawned bright and sunny Hugo was very keen to go on one of his favourite walks. 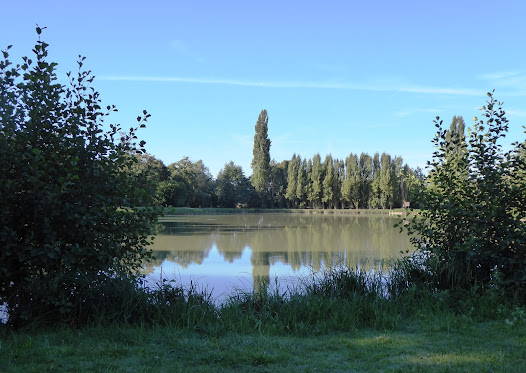 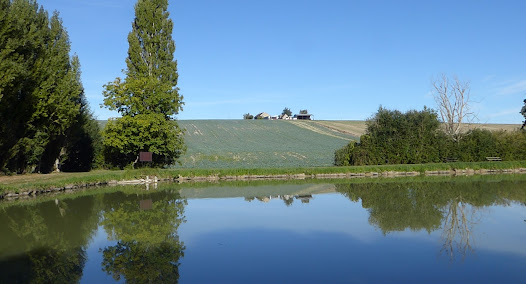 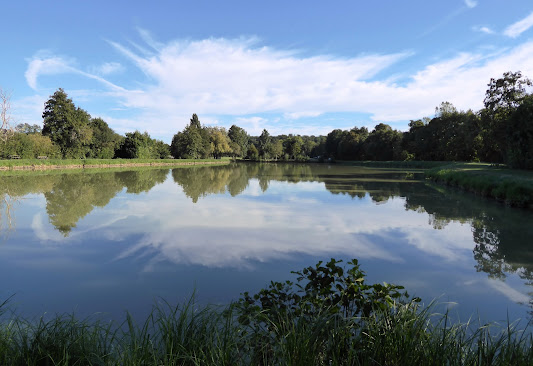 The lake at La Çelle Guenand was at its most beautiful the next morning but my joy at being back was marred by a huge sadness that my brother was not here with me.  Instead he was languishing in a hospital bed doing his best to hang on to life itself.
Since then his condition has improved a little but if I tell you that yesterday his major achievement was to be able to stand up on his own, still attached to multiple tubes and wires, for a full thirty seconds before having to sit down, that gives you an idea of how poorly he still is.  He has a long way to go before he becomes anything like well again. 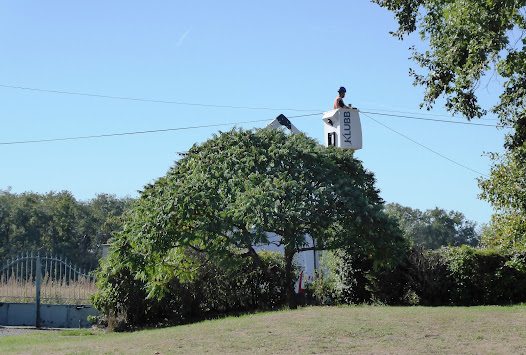 When we got back from our walk to the house there was a man up the telegraph pole attaching new wires.  I expected the worst - that our electricity would be off - but all was fine.  Someone told me today that he might have been installing cable internet cables to the nearby hamlet and that soon we might be invited to subscribe.  That would be a huge blessing as our internet supply is slow and dodgy to say the least. 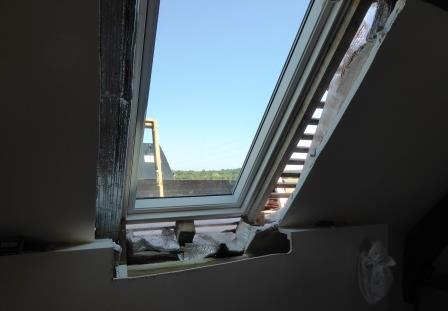 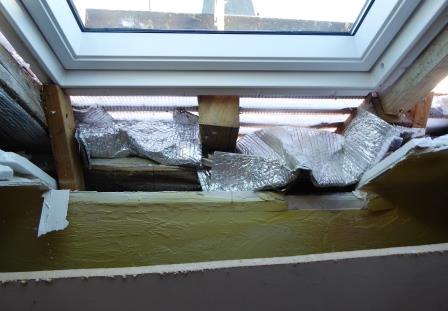 One week after I arrived, work has started on the roof and our new windows.  Once that work is done we can decorate the main bedroom (paint the walls and varnish the beams) having three weeks to get that done before the carpet is fitted.  One window in, four to go.  The weather is perfect for it.