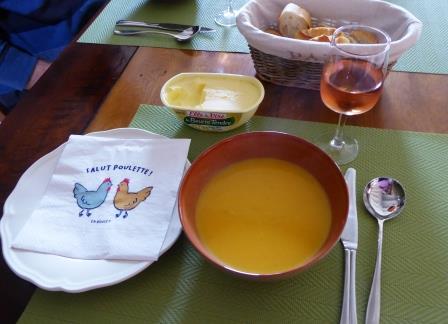 There certainly has been a change in the weather.  The raging heat of summer gave way to about a week of pleasantly warm temperatures then.....soup weather is upon us!  This soup was made from leftover roasted spaghetti squash, carrots and my home made chicken stock.  That was made using an "ugly bag" - something I spotted on t'internet and sounded like a good idea.  You put all your trimmings of onion, celery, leek, tomato, chicken bones etc from food prep into a poly bag in the freezer and when the bag is full you make it into stock, which you then bag and store in convenient quantities in the freezer.  I can't think why I never thought of that before. 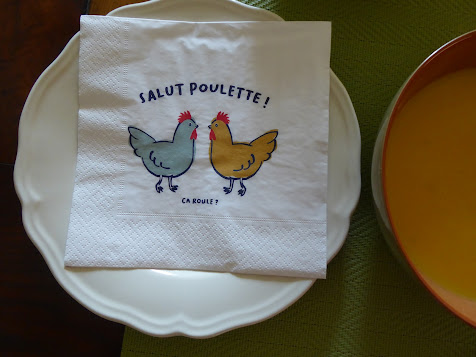 I couldn't resist the paper napkins - "ca roule" is what I take to mean "how's it going?" 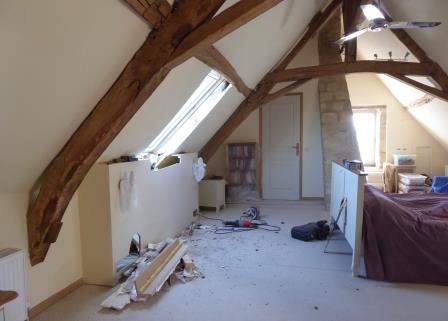 So far we still have just two of our five velux windows fitted.  The next job in this room is to rebuild the boxing in underneath it.  This was built by the previous owners to form a kind of headboard and mount the bedside lights.  It had to be modified to allow for the new window to open freely so we decided to bite the bullet and remodel it completely and rewire it while we were at it.  One job always leads to another when you get the builders in! 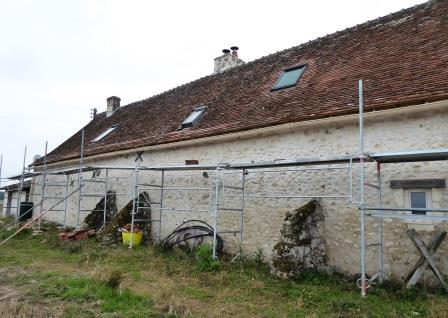 The roof repairs at the back of the house are complete but the scaffolding remains in place for now.  The two new velux windows are the bigger ones on the right and the left.  The one in the middle is the one above the stairwell which is so far above the stairs that it's impossible to open or close it.  That's the next one to be replaced.  All the new ones can be opened by remote control, much easier than grappling with a boat hook! 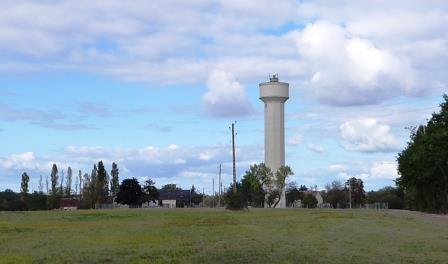 We took a walk down to the water tower behind the house yesterday.  It's the landmark we always give to new visitors - if they go past the water tower they've gone a bit too far.  We wanted to see what was going on there.
One day last week I got back from my morning walk with Hugo to find the water had been turned off.  It seems that new pipework was being laid between the fire hydrant on the roadside and the water tower.  I asked the workmen how long my water would be off for and they said "normalement" until midday.  Previous experience of the word "normalement" means that they didn't really have any idea and couldn't guarantee when it would be turned back on!  Luckily I was reconnected by mid afternoon. 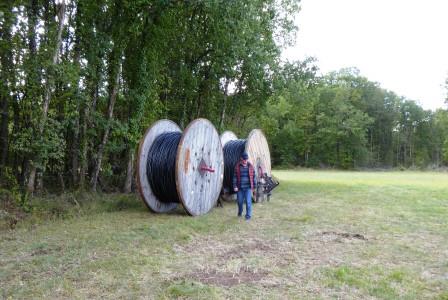 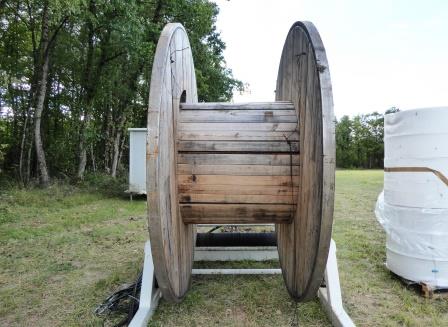 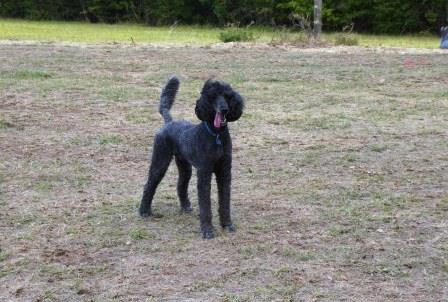 Hugo enjoyed the walk and we found huge reels of cable lurking behind the copse out of sight, one already empty.  We therefore take it that the cable is being buried below ground along with the water pipe.  Maybe. 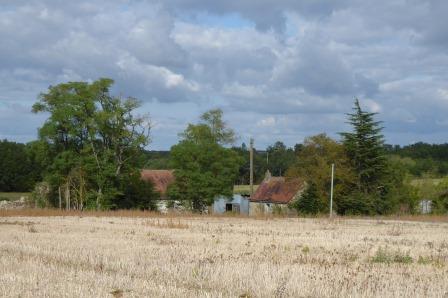 Our walk took us past the neighbour's property, which has been empty since he died four years ago.  We heard a rumour that it has been sold to someone for "doing up".  It's in a lovely spot but will take a lot of work to do the house up into anything that I would want to live in. 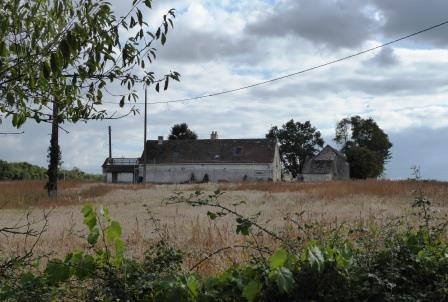 From the lane to his house we got a different view of our place, complete with scaffolding, that we don't usually see.  Thinking back to how he used to spy on us and start yelling at us as soon as we emerged from our house still sends shudders down my spine.  Plus all his walking backwards and forwards past our front hedge and gate, staring in.  Not to mention the time that he kidnapped our cat and kept her captive in his bedroom for two weeks.  We do not miss having him as a neighbour at all. 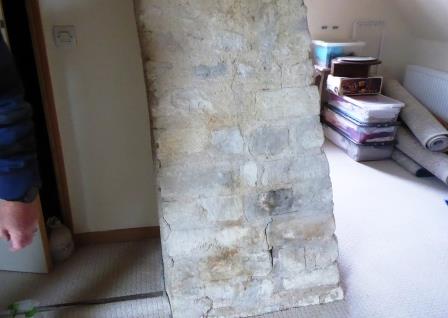 Now that the old carpet is doomed we no longer worry about making a mess and finally tackled a job that's been niggling us ever since we moved in.  The chimney breast from the bread oven downstairs comes up through the bedroom but had some strange looking stains on it.  We worked out that it was probably resin, varnish or something similar from the beams above, which had dripped down the stonework when the roof leaked, leaving an unsightly dribble.  A bit of elbow grease and a good scrub was all it took to clean it off. 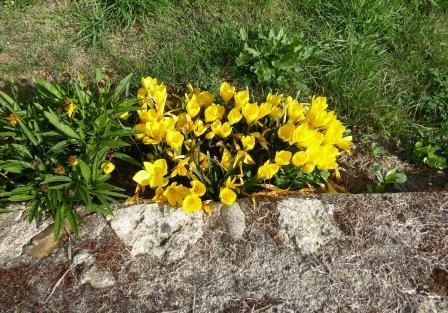 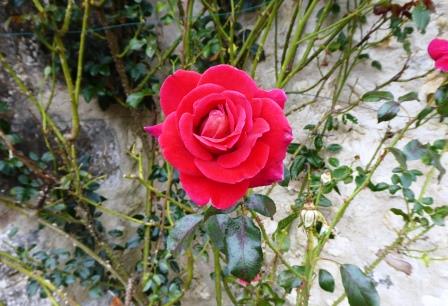 Outdoors the garden is hanging on to summer for as long as it can and we still have plenty of colour dotted about. 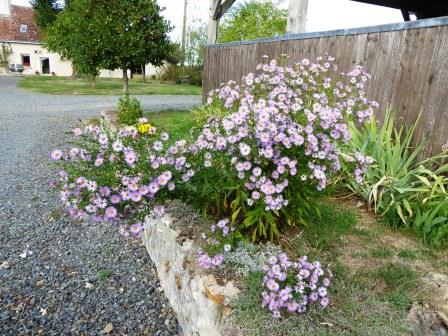 The best news of all is that my brother has finally left the intensive care unit.  He's still in hospital, but on a normal ward.  He's still on oxygen but they are working at getting him walking again.  It's going to be a long haul before he can be allowed home but at least he's now on the mend.  It was touch and go for a while.