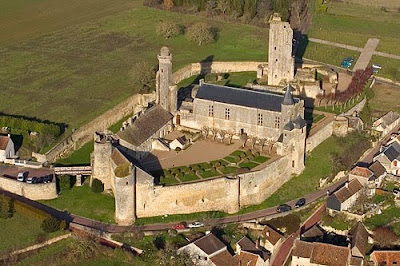 After the scramble to get the paperwork done before we left France on 28th August, everything then became very quiet. After we had been home for about a week, our copy of the CDV duly arrived, we signed it and returned it to the agents. The devis for the repairs to the roof came in at a sensible price and the funds were arranged very quickly so our two possible conditions for not buying the house evaporated. We were committed. Now that we were committed we wanted to have it as soon as possible!
Emails were sent regularly to Antony the Agent and to the Notaire (French solicitor) we had appointed.  We soon learned that nothing speeds things up. They go at the pace they go at. 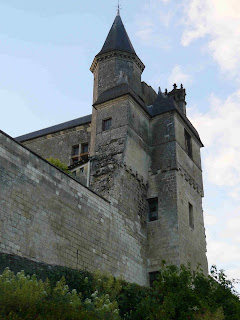 As the weeks went by we began to get nervous again - engaging in such a major purchase in a language we struggle with was not just an adventure, nor just a challenge, but positively frightening!  We briefly considered hiring the services of experts to arrange and interpret the contract for us, at huge expense, but this seemed so costly that we decided to risk doing it by ourselves.  In the end it was so straightforward we need not have worried at all.
Finally, a date was agreed for us to attend the Notaire's office and sign the contract, effectively then becoming the owners of the house. Friday, 9th November 2007 at 3.00 pm.  We arranged a rendezvous with Antony the agent at the house at 2.00 pm so that we could have a last look at the place before we signed on the dotted line. 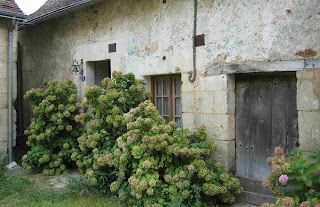 We arrived early and paced about outside the house in lovely sunshine, waiting for Antony to arrive with the key. The neighbour was not around and the whole village seemed deserted. There was just us and the grossly overgrown hydrangeas at the front of the house.
As we waited nervously in the sunshine, half of me was saying to myself "This is no big deal. People do this all the time." The other half of me was saying "This is a pivotal moment in my life. This is a really big deal."

more of the same Paperwork