MORE OLD STUFF, SOME FREE, SOME NOT. 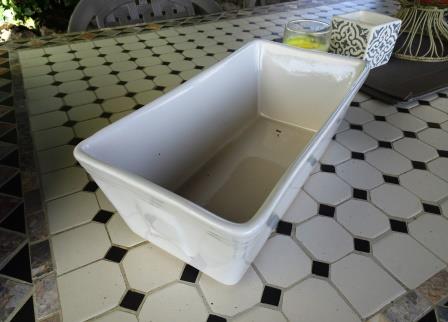 First the free stuff.
This pâté dish, or terrine, was in a pile of identical dishes outside the little grocery shop in Montresor.  Next to it was a notice saying "servez vous" which means "help yourself".  So I did. 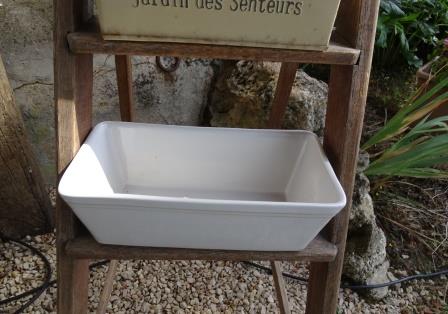 I thought it would come in handy if I ever wanted to make a terrine or meatloaf, but then I realised it would look good on my recently acquired oak steps with some trailing plants in, maybe. 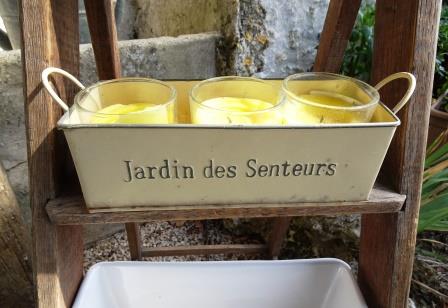 This little container is almost certainly not very old, one of the items that goes under the general heading of "shabby chic".  In other words something new made to look old.  It wasn't quite free either, but nearly was.  The man selling it at a brocante saw me pick it up and said "50c".  I hesitated for a moment and he said "gratuit" - but I gave him 50c anyway as it was worth that. 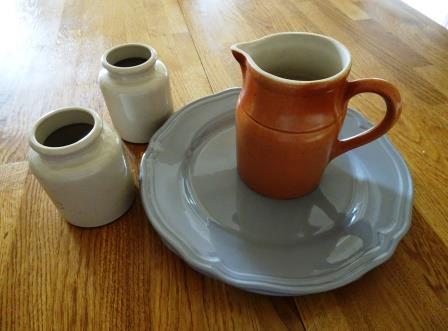 These items were on the "help yourself" table at the déchetterie this week.  The plates will come in handy for those occasions when I take a cake to an event and am not too bothered if I get it back.  The little pots will be nice for a small bunch of flowers and the jug - well, you can never have too many. This mirror and matching wall sconce were definitely not free. 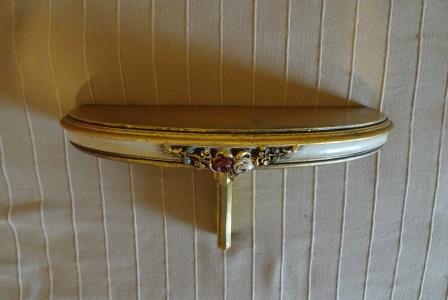 In fact they were not cheap by my standards but it was one of those "when am I ever going to see another one of these at this price?" moments.  I had in mind exactly the right spot in the house for them and couldn't leave them in the shop.  I've done that before, changed my mind and when I've gone back someone else has snapped them up. 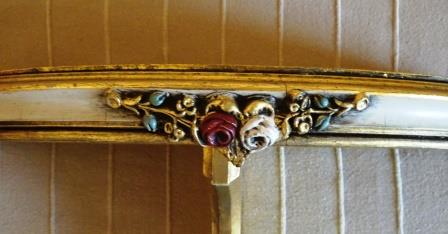 The painted detail on them was just so pretty. 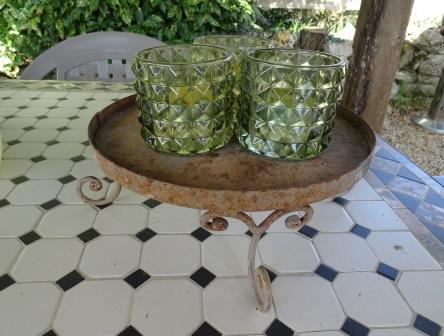 I don't know what this rusty old thing was meant to be but the seller suggested it was a cake stand! 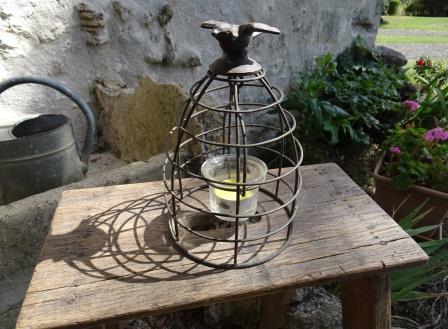 This is not old either, found in the "shabby chic" shop in Loches. 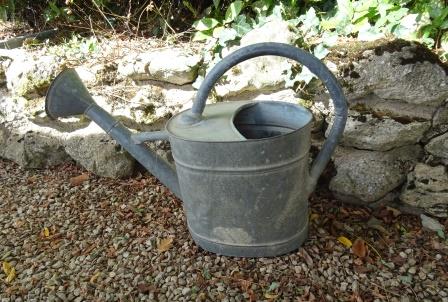 Nick had been looking for ages for an old watering can and was thrilled when he found one, for just a few euros at a brocante. 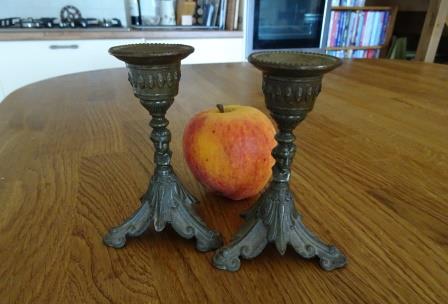 These small candle sticks might be quite old, or possibly not, but I liked the little faces on them. 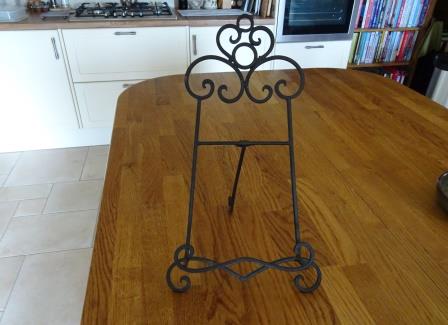 I suspect this book holder isn't that old either, but it's just the right size to hold a cookery book open at the right page to follow a recipe.  I can't do with peering at a mobile phone screen.  All that scrolling up and down - give me a proper cook book any day! 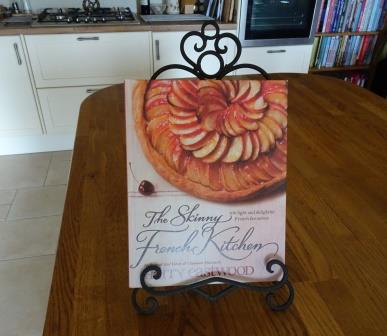