A LESSON IN HISTORY

Another nearby château that we spotted when we watched the aerial view of the 2008 Tour de France on the TV in the PreHisto was at Azay-le-Ferron. We went there a few days later and it was a beautiful day again. 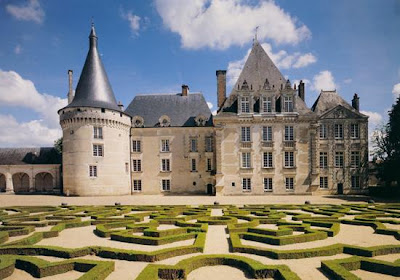 This photo of Azay-le-Ferron is courtesy of Google.

When we first started visiting French châteax in the 90's we would always dutifully buy the guided tour and often be bored to tears. We would be bundled in with lots of other mixed nationalities and had to endure the endless descriptions of every painting and piece of furniture as we trailed around the house, hardly understanding a single word and gradually losing the will to live.

I remember one in particular where we were the only English in a large group of French and Dutch that included screaming babies and naughty toddlers. We couldn't even slip to the back of the group and make our escape as we were locked in and out of each room by the guide as we progressed through the house. It was such a bad experience that I have wiped the recollection of where it was from my memory. However, I do remember that we attracted a few strange looks from the other people in our group as we perspired gently in our motorcycle leathers on a hot day. 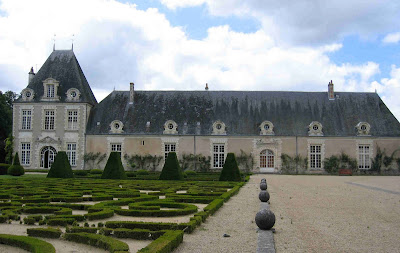 As time went by we became more adept at avoiding this kind of tour. Sometimes we would just hang back and sneak a look at the guide as they took a party around then wait for the next tour if we still fancied it. The best ones have been with small parties of visitors, sometimes just us and one or two other couples, in which case we had more chance of following what was said. Better still the ones where we were the only visitors and shown round by the owner or a relative. This happened once at a place near Fontevraud Abbey and we were very lucky as since then it has never been open to the public. What we like the most is the places where we can go around completely unaccompanied at our own pace. 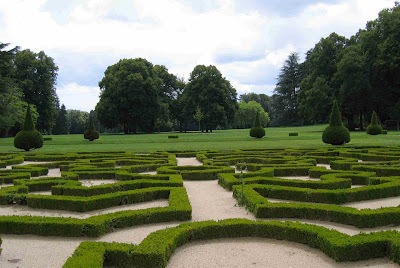 We struck gold that day when we visited Azay-le-Ferron. There were two tour guides and the lady that took us around was an absolute star. We were the first to be gathered up for the 2 pm tour. Whilst we were waiting to see if any others turned up we got to know each other. She was witty, lively, and very entertaining. She could have been the history teacher of your dreams. As soon as she discovered we were English she asked us if we would like the tour in English, French or slow French. We opted for the latter. It was so good that afterwards even I remembered stuff about the house. 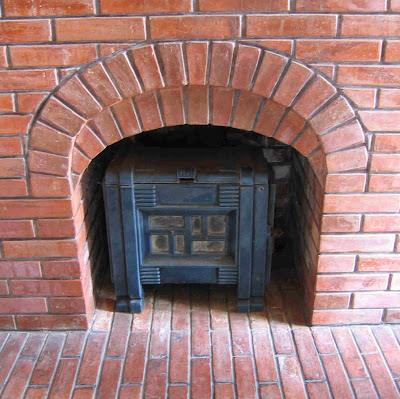 I remember that one lady of the house didn't think it was big enough and at some stage had it doubled in size. Good for her. Why compromise when one has standards to maintain ? That the name derives from the local ironworks and that when nobody wanted it in 1951 (the year of my birth) it was donated to the town of Tours. They were not too keen on having it either. Most of all I remember that in its heyday it had 76 servants, effectively one for every room. Sounds good to me. 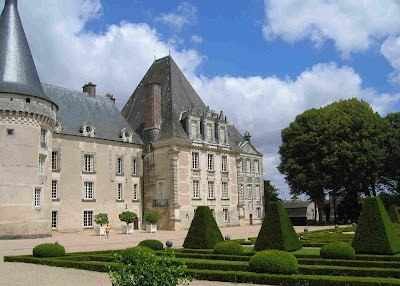 At the end of the tour the guide tested us on what we remembered. Being a smarty-pants, Nick knew the answers to all her questions. The other members of the party (all French) were most impressed. This was a very good way of making some of the information stick, I thought. We had had a lovely time and thanked her warmly.

The next time we saw her was in October last year when we visited our own château in Le Grand-Pressigny. When we walked into the museum, there she was at the reception desk to welcome us. She greeted us as if she knew us and once we mentioned our visit to Azay-le Ferron, it was as if we were old friends. She even made a joke about the test. No doubt she does this for everyone but we were certainly very pleased to see her again.

more of the same Chateaux