THE 150th POST ! I thought I'd celebrate with some more gratuitous old vehicle pictures but soften the blow with one of a 2 CV for all its fans out there. (This one had go-faster stripes - I wonder if they worked.) 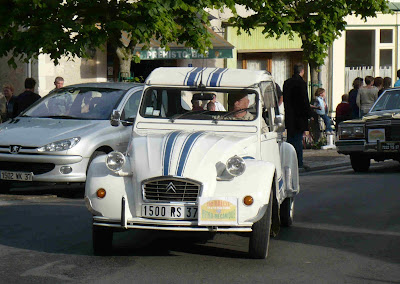 One of the reasons we chose to buy a holiday home in the Loire is the weather. It isn't baking hot for months on end like it is further south. It does get hot, as it did last summer, much hotter than it does in Derbyshire and for longer periods, but generally the weather is mixed. 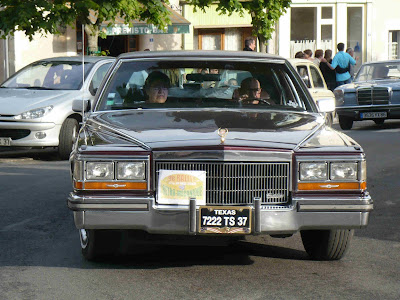 For the last 17 years we have taken a holiday in France each spring for the Bank Holiday week, which is usually the very last week of May, edging into June. We have visited all parts of the country at this time of year and to say the weather is unreliable is rather an understatement. 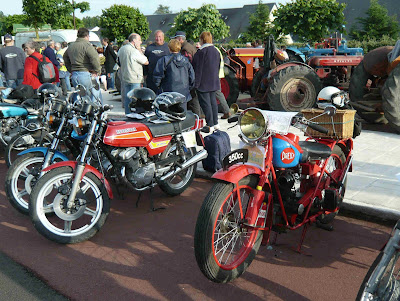 We visited Pete & Cyn at their house near Perpignan at that time of year and it was hot. By the time we got back to the Loire in mid-June (2006) it was roasting hot. Equally we have stayed in a gite in Brittany when it rained heavily every day - most disappointing as we were on the motorcycles and my boots developed an unfortunate leak. 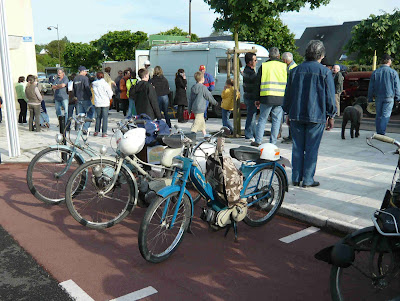 During that spring week in 2008 we had good weather to begin with, sunny and warmish - warm enough to enjoy lunch and apéros on the terrace each day. We were able to tick off a fair number of jobs on the DIY list including painting the well and the kitchen window. 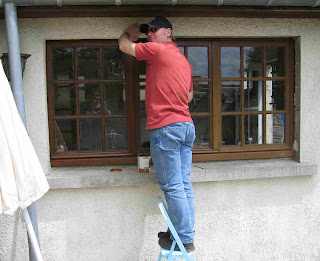 When our friends and neighbours, Mike and Jackie, arrived on their motorcycles on Thursday the weather started to change. On their first evening it was warm and they were most impressed, sitting on the terrace in the late sunshine before dinner. The next day we enjoyed breakfast outdoors in sunshine but after that it clouded over then rained on and off. Being true Brits, this didn't stop us from enjoying ourselves - as Mike said, if you waited for the right weather in England you would never do anything. We did a little tour of some of our favourite places, including Angles-sur-Anglin, just to show off a bit and they were even more impressed. 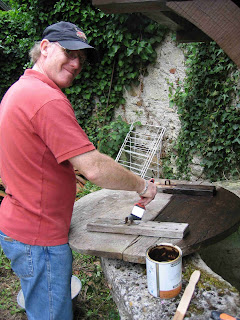 The next day they were leaving to go to their gite in the Auvergne. As they were getting kitted up, it started to rain. By the time they were setting off it was chucking it down. There was already quite a river of water running down the hill past our house. Mme André had been watching the entertainment and as they pulled out into the road she asked how far they were going. When we told her it would take all day to get to their gite she looked horrified and said "Les pauvres!" 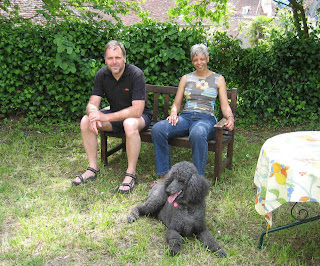 It continued to rain quite heavily for the rest of our stay and then for a few days after that. We were nervous about the amount of water running down the hill - worried that it might come into the courtyard and then straight into the house as the ground floor is below the level of the courtyard. Mme André reassured us that her house had never flooded in the 52 years that she had been there. However, later in the week, several properties lower down in the village were flooded because of the amount of water coming down the roads and not being taken away by the overfull drains.
Which just goes to prove that the price you pay for greenery is rain.
.