A PASSION FOR OLD VEHICLES 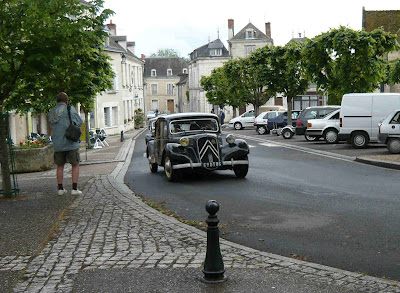 I am happy being around old cars and motorcycles. This may be because I spent a large part of my childhood in a sidecar attached to an old BSA or Velocette. With my father riding, my mother on the pillion seat and me safely tucked away in my little metal box, we travelled hundreds, probably thousands of miles, bouncing along the roads of England and Northern Ireland. 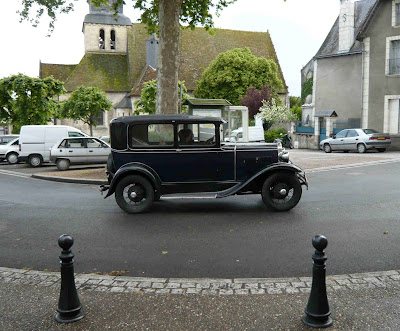 Once my dad could afford a car, they were ancient old things that constantly needed tinkering with. Add to that his passion for steam engines of any kind - steam trains and steam rollers - noisy, smelly, oily engines have been such a big part of my life that I still enjoy them. (I did once drive a steam engine - but that's another story!) 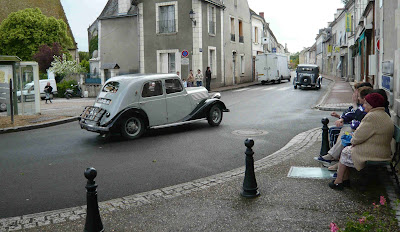 .
As a little girl we used to go to Derby on the steam trains for shopping trips which was a real adventure that I loved.  Also, during the school holidays, I used to cycle to the station at Cromford with my male cousins for a spot of trainspotting and general messing about. Then I would get home all sooty and smelling of smoke from standing on the footbridge as the trains came in and out of the station. I was often in trouble for that. 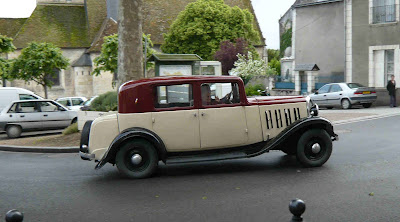 So, when we discovered that there is a very active "Association Rétroméchanique" in Le Grand-Pressigny, we were very interested.  At the end of May they have an annual run out and it happened just after we arrived in the village that week in 2008. 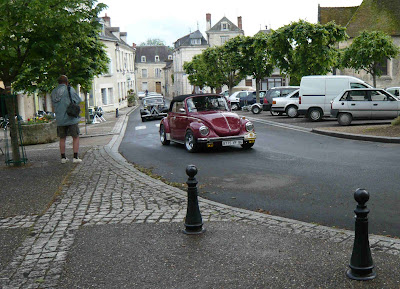 We were sitting on the terrace enjoying an aperitif with Barrie when we heard the unmistakable rumble of old vehicles coming into the village. We dashed down to the square to see the procession as it came up the road and turned into Grande Rue. 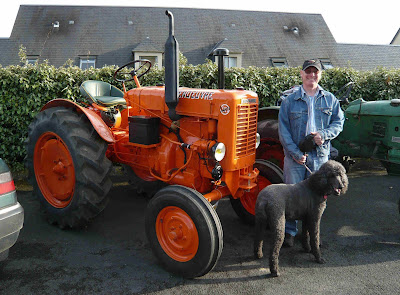 Dusty was with us on this holiday, the only time that we took her to France.
It then did another lap and ended up at the Salle des Fêtes. Whilst the public (us) could amble around all the lovely old cars, bikes and tractors, a certain amount of jolly chatter and clinking of glasses could be heard coming from inside and, all in all, everyone had a lovely time. 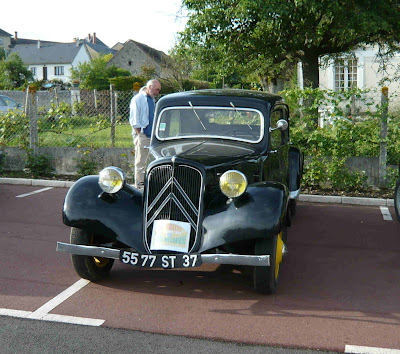 We have often come across gatherings and processions of old vehicles all over France and it's nice to know the French are just as barmy about them as we are in England. Just one more reason the love the place. 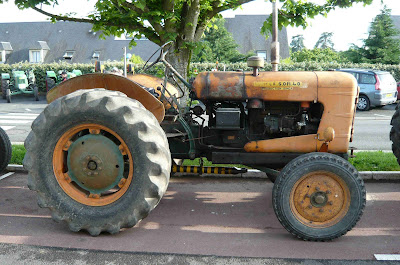