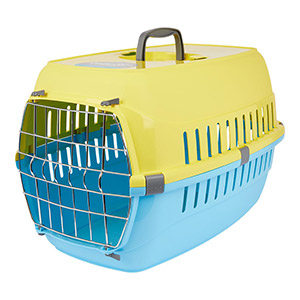 The news from Ukraine is so awful that I can't bear to watch the TV.  Facebook is full of it too.  I don't really understand what's happening except that a lot of people are being driven from their homes or killed by Russian missiles.
The feeling of powerlessness to do anything about it is almost unbearable.  My usual strategy of coping with crises far away is to operate a "close to home" philosophy.  Because there is nothing I can do to improve the plight of these poor people, I can do the best I can to improve life for those around me.  A kind of "charity begins at home" concept.  Being miserable because of the plight of others achieves nothing.  Staying cheerful and considerate of nearest and dearest, friends and neighbours, fellow shoppers and motorists, is all I can do to save the world.  I can't save the rest of it all by myself.
I was doing ok with this until this morning when my eyes fell upon on an image online.  A group of people were lying in the gutter, some dead, some injured I presume.  Ukranian soldiers were bending over one of the bodies.  The image was almost in monochrome except for one item.  A bright green cat basket on the ground in the middle of the carnage**.
These people, possibly a family, but a group of people anyway, were fleeing their home on foot, carrying as many of their belongings as they could, including their cat.  They were attacked by the Russians as they fled.
My first thought was "what about the cat?".  Was it still alive in its cage?  Would somebody check if it was ok, take it home, look after it?  Or at least let it out of its cage and allow it the chance to find safety somewhere and fend for itself?  Or would it be left in its cage to starve to death?
I was doing ok until the cat basket image.  Now I will be haunted by the image of the bright green cat basket, waking me in the middle of the night.  It took something like the plight of a family who cared about what happened to their cat to bring home the horror of what is going on in Ukraine.
Please, someone wake up to the evil that is Putin and shoot him.  How else will the misery end for these poor people and their pets?
** Someone told me today that the basket contained a small dog.  The family comprised a mother and two children who were all killed, the father who was injured and taken to hospital, and the dog who ran away when the cage was opened.  All of which is just too inhumane to contemplate.

more of the same Thoughts